In 1946, after World War II, our company was disowned and lost everything. So Fritz Benary rode his bicycle through Europe to collect seeds to restart the company. This is just one example of our company's determination and courage. Interested in learning more? Click through each generation below.

The Next Generation – Our Future

A love of gardening is a legacy worth passing from one generation to the next.

In April 2020, the Benary-Redlefsen children (Fritz, Käthe, Marianne and Hans), inspired by their family’s roots, created a Victory Garden in the family’s backyard during the Covid-19 pandemic. They made a garden plan, tilled patches of sod, turning over grass and converted it into a productive food and flower garden. The garden was made complete with a custom “Victory” art piece that was created by Graffiti Artist, Fritz aka "Slash16." A beautiful garden is a work of heart!

Launch of Benary+ Inc., a direct sales company to growers in North America

Start of the seed production facility in Guatemala

Launch of a new breeding facility in Watsonville, California

Foundation of the breeding facility “Benary Netherlands B.V.“ in Venhuizen in the Netherlands

Introduction of Begonia x benariensis BIG, the extraordinary result of more than 100 years of begonia breeding

Nick ten Pas and Matthias Redlefsen step into the management of the company. Klaudia Benary-Redlefsen takes over the majority of shares

Expansion of the greenhouse facility in Hann. Münden

Systematic internationalization of the seed production

Inauguration of the new main office building in Hann. Münden

Foundation of the US sales and distribution subsidiary “Ernst Benary of America Inc.“

Ernst Günter Benary and Christian Börries take over the management of the company. After more than 150 years for the first time an external manager steps into the top management of Benary.
The managing directors are supported by a supervisory board (founded in 1980), including Klaus Thimm (Fritz Benary’s son-in-law) and later Katrin Benary-Thimm (daughter of Fritz Benary).

After the German reunification, foundation of a new breeding and production facility in Wahlhausen, East Germany

Introduction of the first Pentas lanceolata from seed: "New Look®"

Foundation of a new production location on the Azores

Introduction of the first F1 begonia tuberhybrida from seed: Nonstop® Begonias are born

Foundation of the breeding and production facility in Kittsee, Austria

Launch of Benary’s “Blue Point Seed“, giving the seeds a clear distinction. The blue point in Benary’s logo still refers to this distinction

Abandonment of the vegetable breeding and complete focus on flowers

Fritz Benary travels through Europe (by bike!) to establish new business contacts and to collect seeds for his breeding

The monetary reform and the introduction of the D-Mark presents an existential challenge to the start-up company: Contract production, already fixed in 1947 now suddenly is 10 times more expensive. The company only survives due to a government loan

Start-up of a new production facility in Neu-Eichenberg, West Germany

To avoid prosecution by the Nazis due to the Jewish roots of the family, many members of the family and the company sign up for the German Army "Wehrmacht" and never return from World War II.

Introduction of the world’s first F1-hybrid vegetable, the Tomato „Heterosis“

Establishment of a pension fund for widows, orphans and veterans of the Benary staff

Benary loses most of its exports and many valuable employees during World War I.

The Russian Emperor is a frequent customer for his Royal Garden in St. Petersburg

Rapid expansion of the business and internationalization of the seed production

Friedrich I and John Benary join the company

Introduction of Lychnis haageana, the company’s first own breeding

With support of his family, Ernst Benary acquires his first plot of land

The first catalogue in English, Russian and French is published

In a rented apartment in Erfurt, Ernst Benary, born in Kassel 1819, completes his apprenticeship in horticulture and extensive international travel and starts his own company: „Ernst Benary Samenzucht für Gartensamen und Pflanzen“

Did you know that... 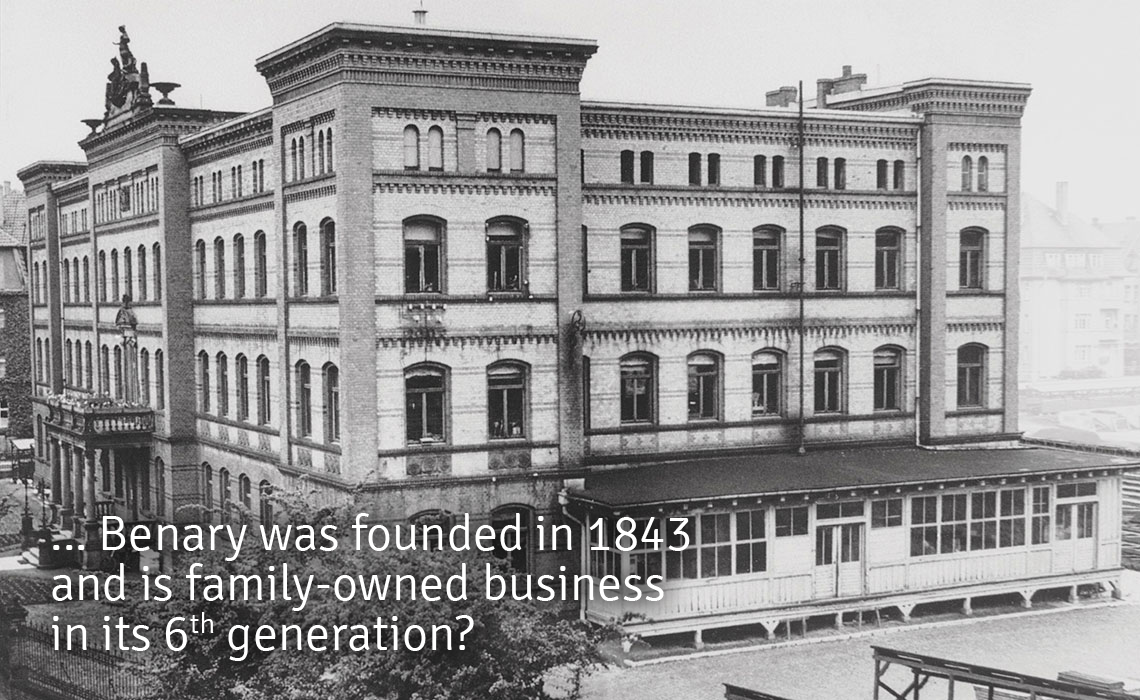 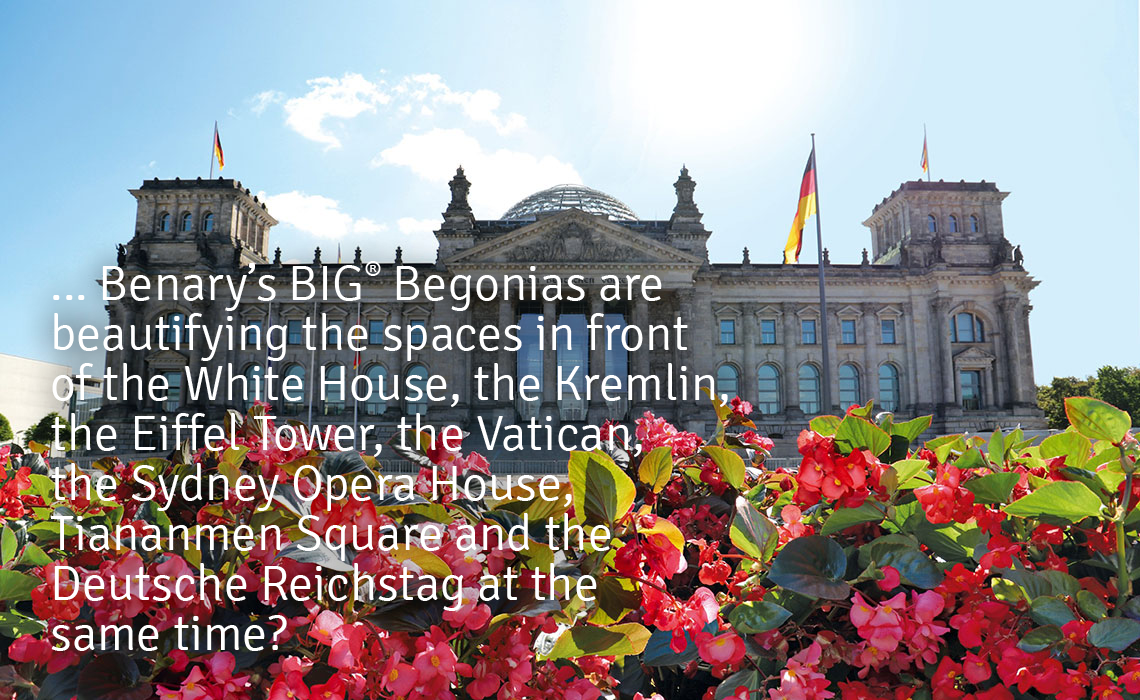 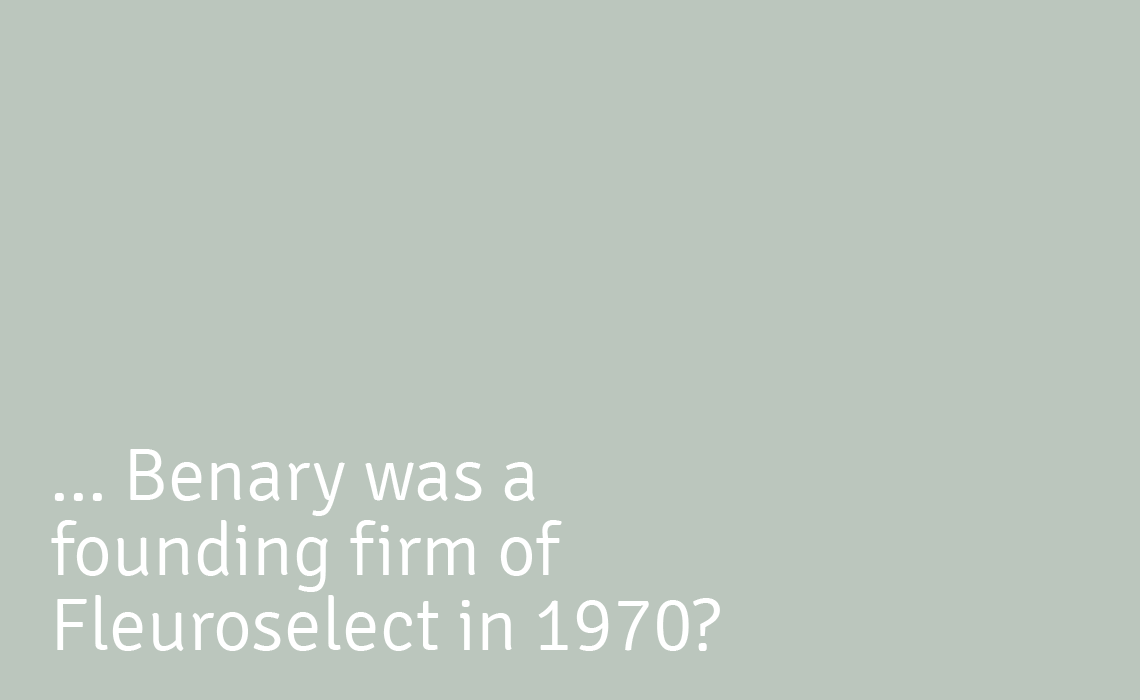 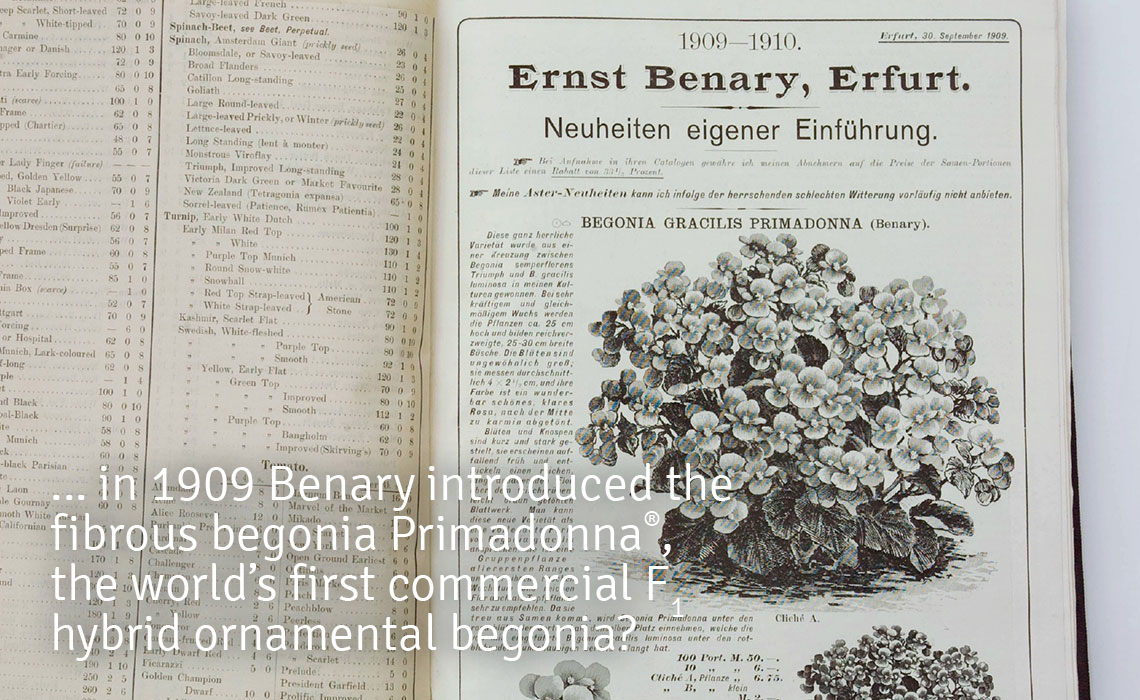 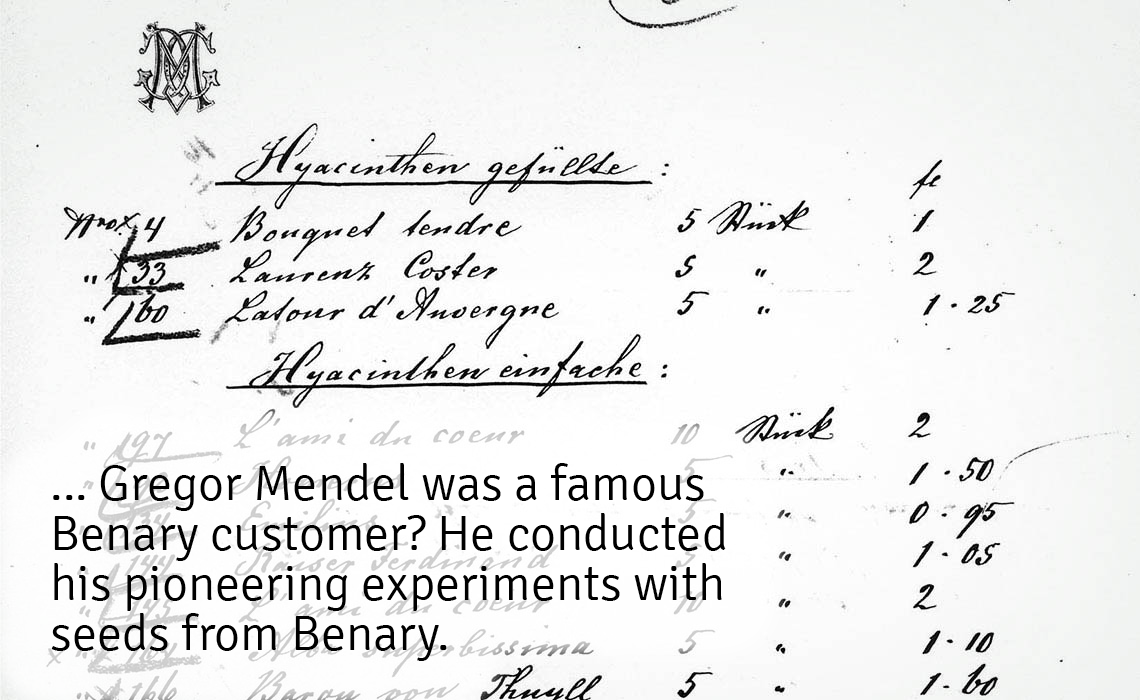 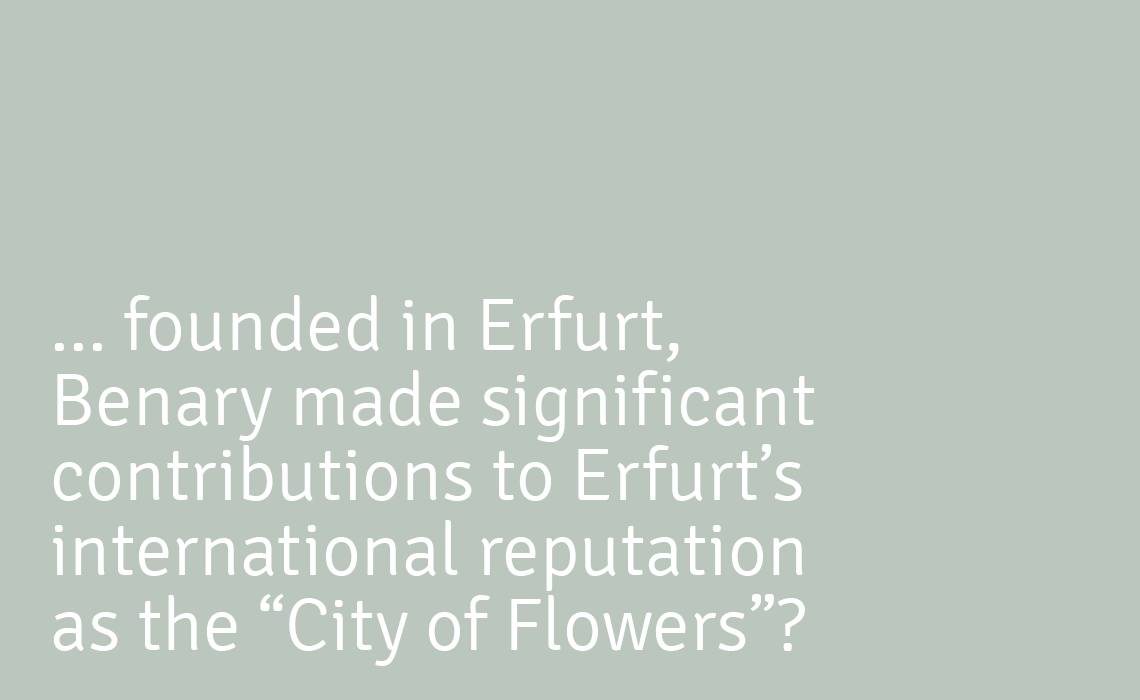 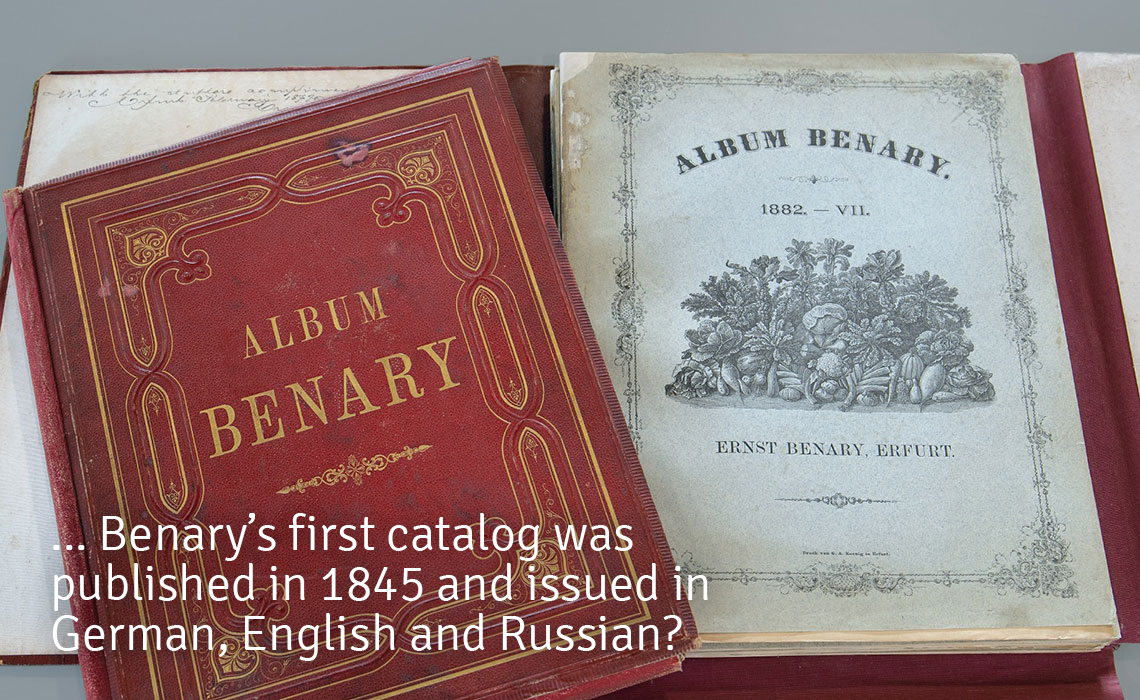 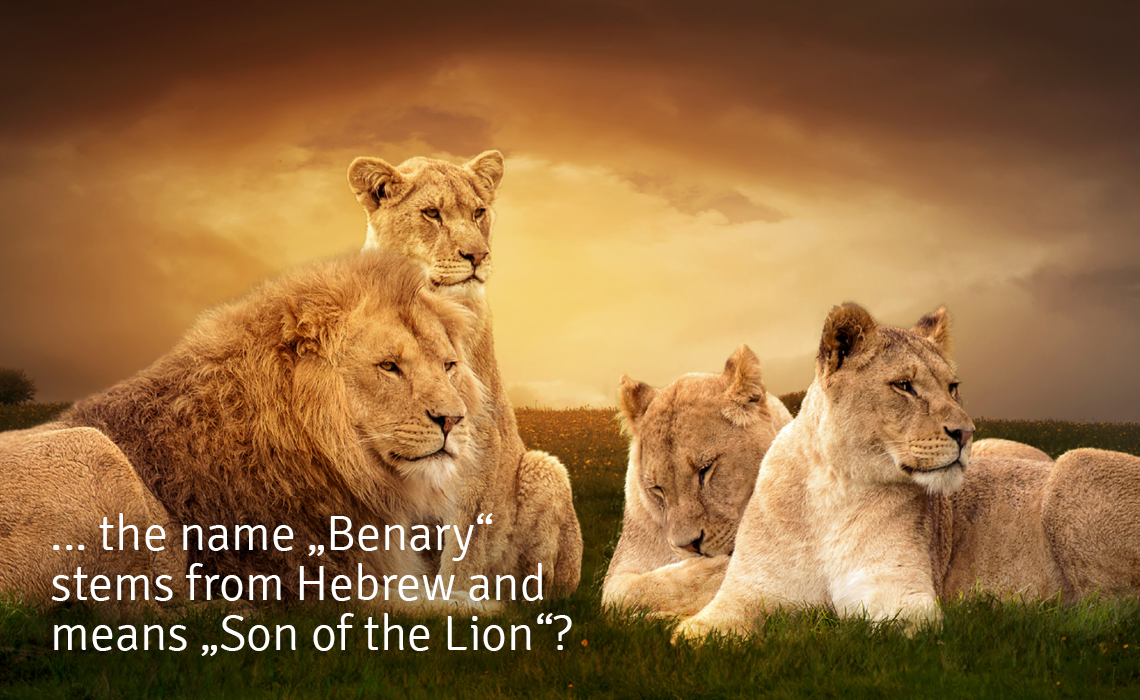 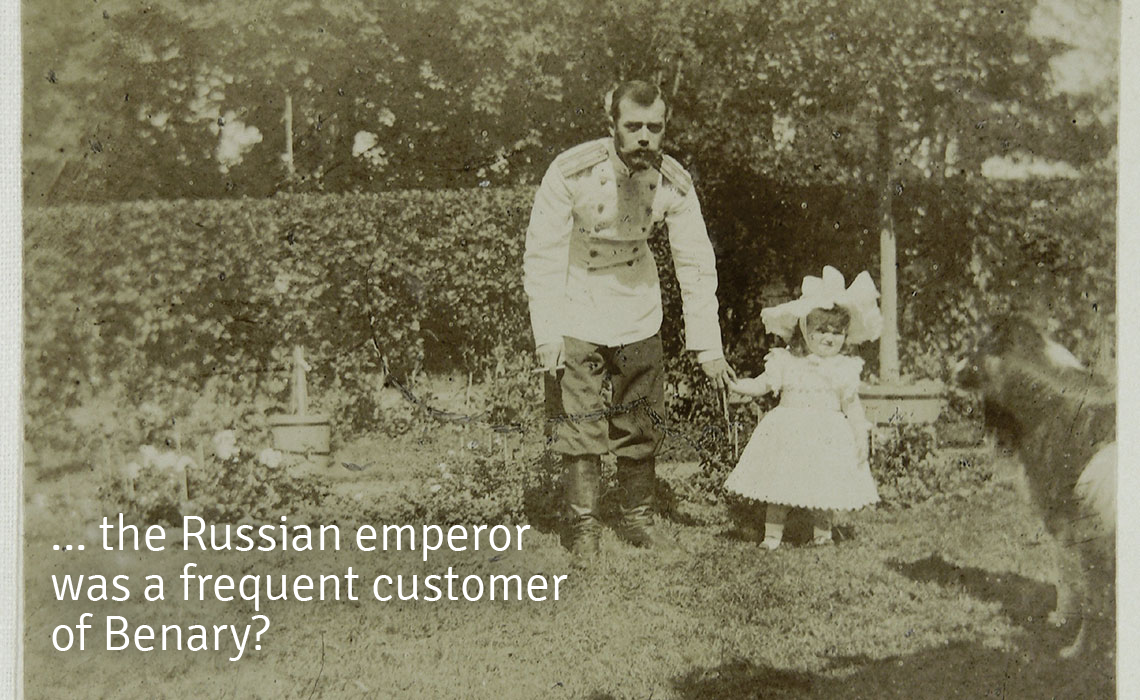 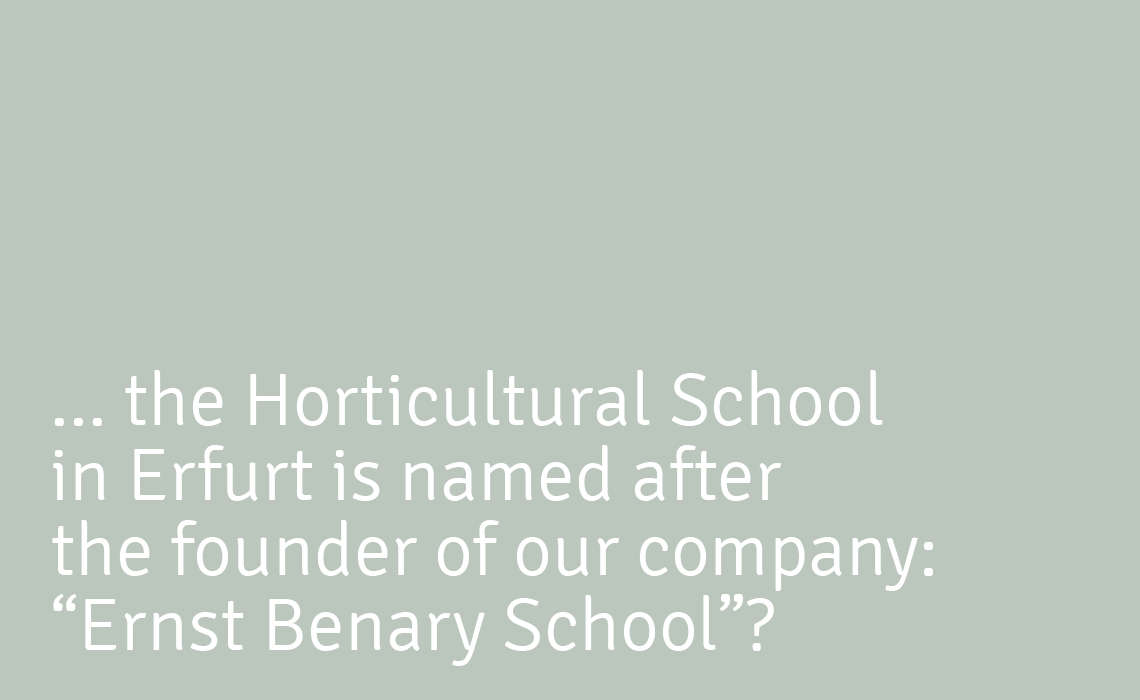 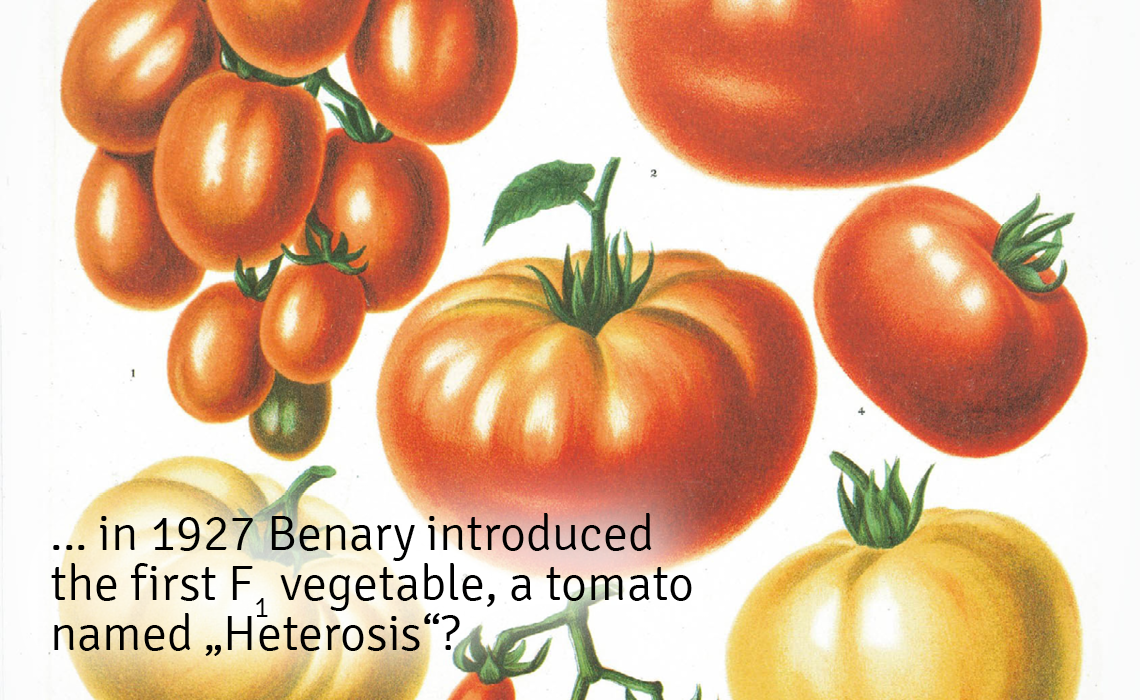 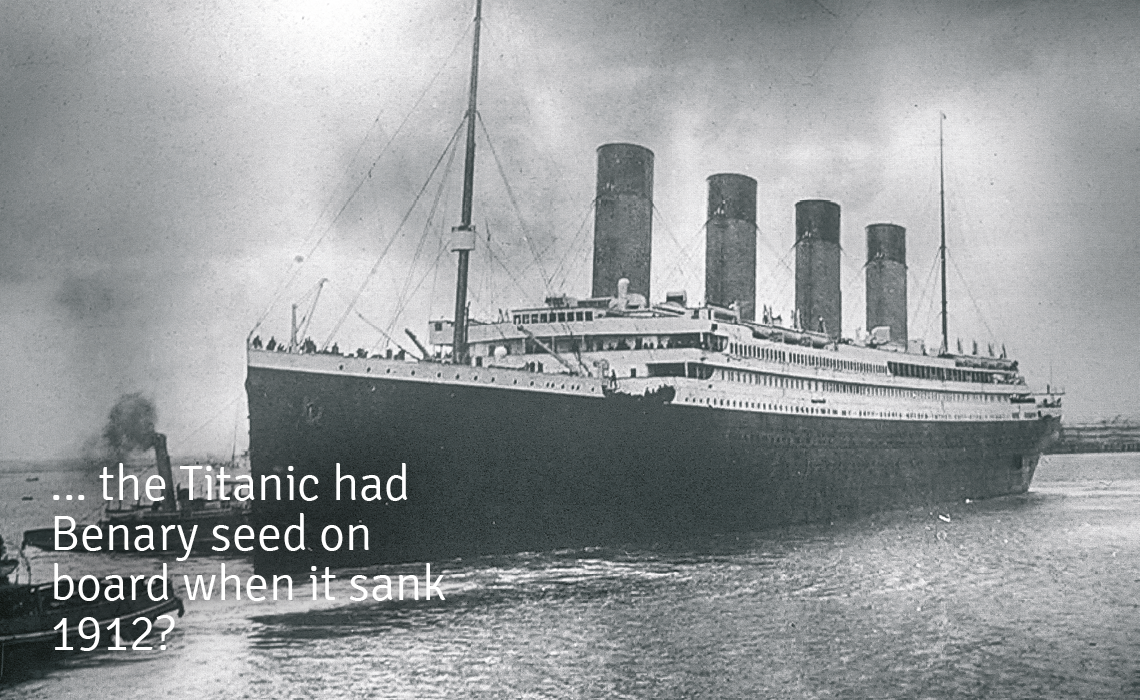 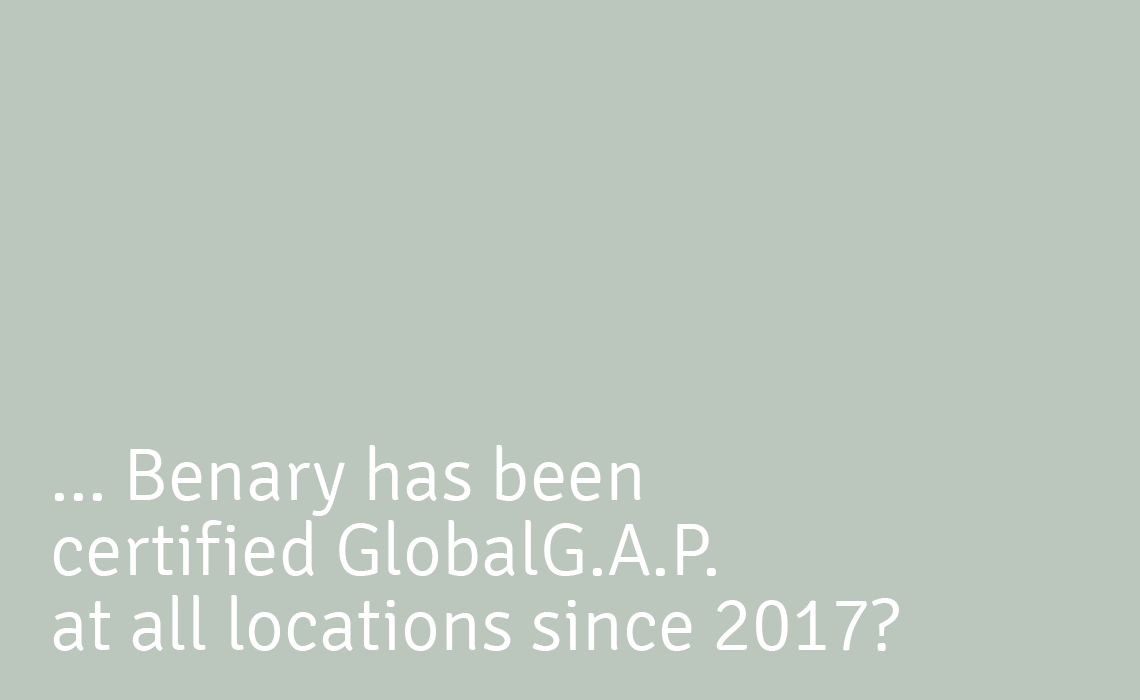 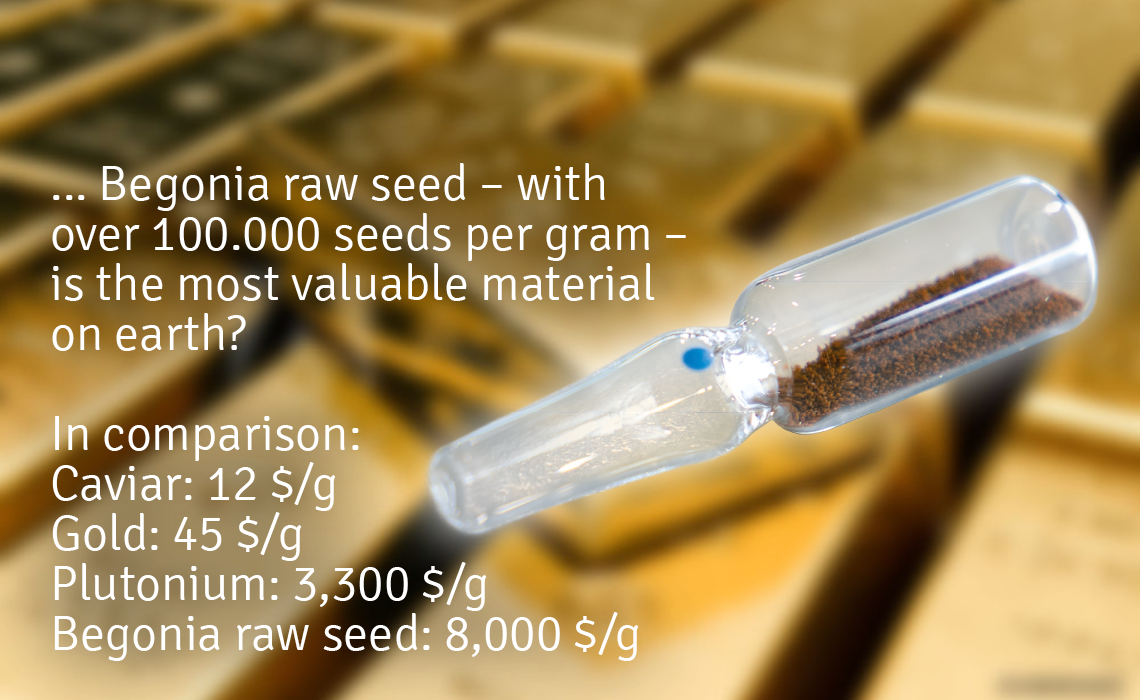